Galing Pinoy: He Came, He Stayed, He Conquered

FILIPINO-Canadian Steve Mark Gan was 10 years old when his parents decided to go back to the Philippines. At first, he wasn’t sure if his parents – medical doctors, Dr William Hoping Gan and Dr Susan Gan – were doing the right thing.

More than 15 years later, after finishing advanced prosthodontics residency at the University of California in Los Angeles (UCLA), Dr. Steve Mark Gan was offered a $12,000 a month job in LA. He turned it down and decided to come back to the Philippines, sure that he was doing the right thing.

Today, Dr. Mark Gan is a respected leader in the Philippine dental scene. Only in his 30’s, he has single-handedly revived the industry and pioneered dental tourism in the country. His clinic, Gan Advanced Osseointegration Center (GAOC), is the Philippines’ most advanced dental implant center, and is also among the top 25 in the world. People of different cultures, race and color go to GAOC for their dental needs.

Tagged as the ‘dentist of the stars.’ Dr. Gan is the favored dentist of well-known personalities and celebrities such as Lorna Tolentino, Boy Abunda, John Lloyd Cruz, Kristine Hermosa and Rica Peralejo.

“It’s because I make them look their best. Period,” Dr. Gan reveled on how he was able to attract such distinguished celebrities.

The way to the top wasn’t easy.

“When I came back from the US in 1998, after studying in the University of Southern California (USC) and UCLA, I only had $30 to my name. I took out my life savings which I earned since I was a kid selling different things. That totaled $3,266. I used all of that to buy a second-hand dental chair. Then, I used my late grandmother’s dental clinic in Binondo,” Dr. Gan said.

“I did one cleaning. With that, I bought some material so I could do some pasta (filling). I worked 24/7. I accepted all kinds of patients, most of whom at that time were Chinese since my clinic was in Binondo,” he added. “Some say my success is so fast. But actually it’s not really an overnight success. I worked hard for many years. But it came with trade-offs, like I can’t play golf, I don’t go out and I missed so much family time.”

Mark is married to Marilyn and has two kids, Simon Matthew and Moira.

He revealed that his two kids are both named after his mentor and teacher in UCLA – Dr Peter K. Moy.

Even the name of his center was influenced by Moy.

“Dr.Moy had a West Coast Center for Osseointegration. He doesn’t advertise. He didn’t use the word clinic, implant, surgery, dentist etc. But he is world famous. Osseointegration refers to bone and metal fusion which is what dental implants are. So, I followed in his steps,” Gan said.

In 1999, Dr. Gan partnered with some dentists and they set up a dental implant clinic in St. Luke’s Hospital.

“We revived the dental implant industry and we’re making waves in the dental political world. You see, dental implants were introduced in 1983. But the technology was very poor. There were more failures than success. People got scared of it,” Gan recounted.

“After a year, in 2000, I bought out my partners. I built my first Makati office, the GAOC at the Medical Plaza in Makati. I worked so hard to pay the bills and make ends meet. I even pawned my car to keep the practice,” he said.

Dr. Mark Gan is a visionary and a trend-setter. He wasn’t satisfied with just keeping the status quo. He wants to make a difference.

He revealed to Asian Journal the driving force in his career as a dental surgeon and a prosthodontist.

“I felt there’s a lack of dental awareness and technology in the Philippines. My family was receiving dental care which was of very low standard compared to what I saw in the States. The standard of surgery was not up to par with international standards. So, when I came back home, I wanted to change all that,” he said.

Eventually, he made it a must in his center to have the most hygienic and sanitized equipment and facilities.

“Most dentists would rather buy a car or something when they earn money. I invest in equipment and materials. We boast of having the most state-of-the-art equipment in the country. Nothing can come close to us. We’re always a step ahead ..not just 2 steps away.. but about a whole staircase away from other dental clinics,” Gan revealed.

Gan’s success is also due to his strong business acumen. “I was always in business growing up . You see, my parents never spoiled me. They taught us to work hard for our things, even our toys. That’s why even as a young kid, I learned to buy and sell.

Even while I was in elementary, I sold lemonade,” he said. “Then when we moved here, I sold calamansi juice. I also sold jeans and garments to my classmates.”

Gan wanted to take up business in college thinking medical practice will take some time. His father then convinced him to take up dentistry. After earning his degree, he went to the US for training in USC and UCLA.

Gan runs GAOC like a law firm, giving his team of 7 dentists and 14 staff the opportunity to be partners.

Dr. Gan opened the country’s first teeth whitening center in 2001, Perfect Smiles in Glorietta, Makati. At the same time, he opened the GAOC. Both were instant hits.

Gan revealed that the biggest challenge in his life has been in the area of finances.

“There was a time when I was lining up at a loan shark to get a loan. I had my collateral. He made me wait from 7-11pm. He was drinking. I just waited there with my cousin and my best friend. When it was already 11pm and the loan shark was not yet giving me the money I needed, my best friend offered – siya na lang daw magpapahiram sa akin, umuwi na lang kami. I then found out who my real friends are. Some people gave me empty promises and left me hanging.”

While so many dentists and doctors are immigrating abroad as nurses, Gan plans to stay in the country. His vision is to build a chain of dental centers which will give US-quality dentistry at an affordable price to the masses. He has been traveling to US, China, Europe, and parts of Asia to look at possibilities for putting in the right ingredients for the dental offices he plans to set up.

“We don’t compromise quality. We will only use the best materials at affordable prices -Since the masses cannot afford a Mercedes, so to speak, we will offer them a Toyota. Very soon,” Gan shared proudly. 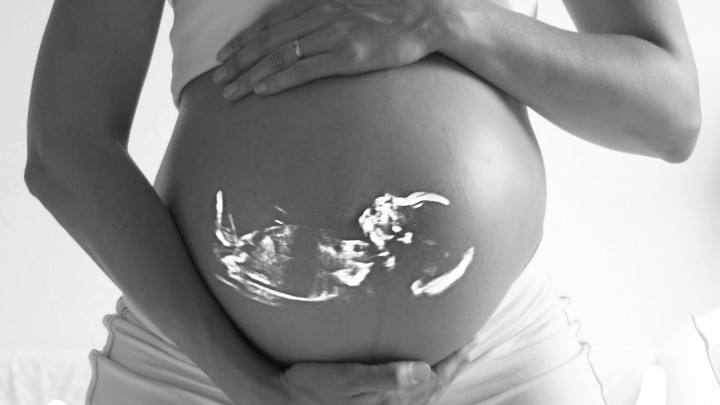 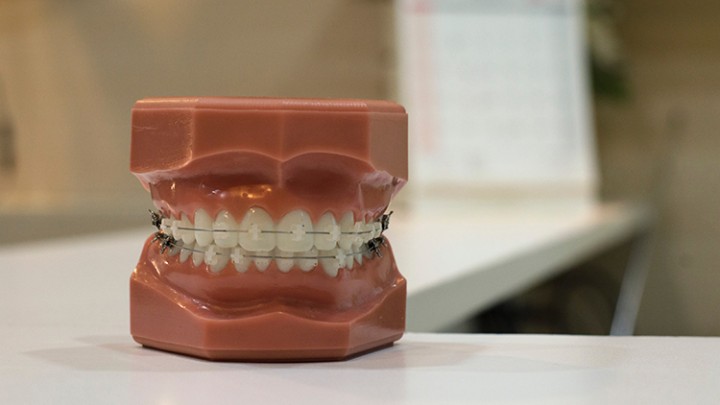 DIY BRACES IS IT YAY OR A NAY?

GAOC: A World-Class Dental Care Provider in the Philippines 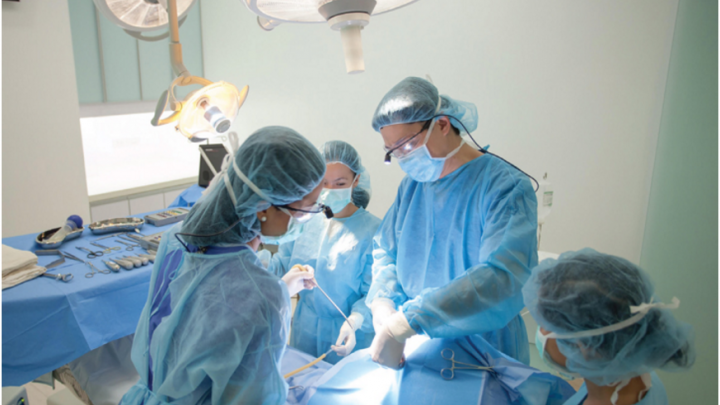 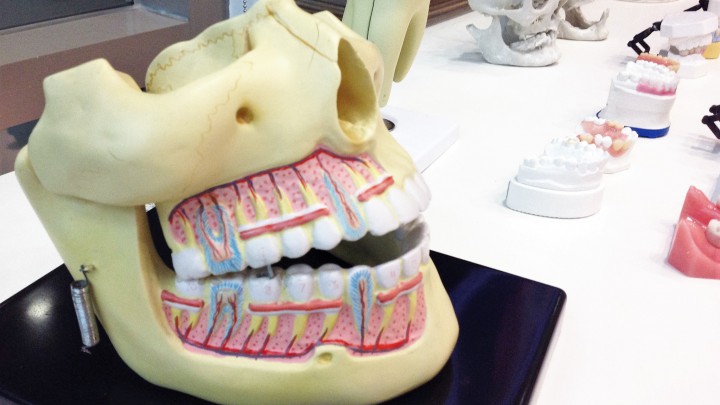 GAOC – Medical Plaza: A Comforting Dental Experience! Can’t Wait For My Next Visit! 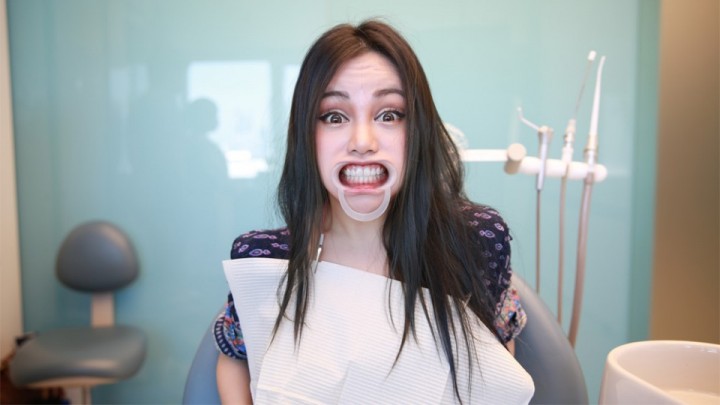 Dental in Manila at GAOC