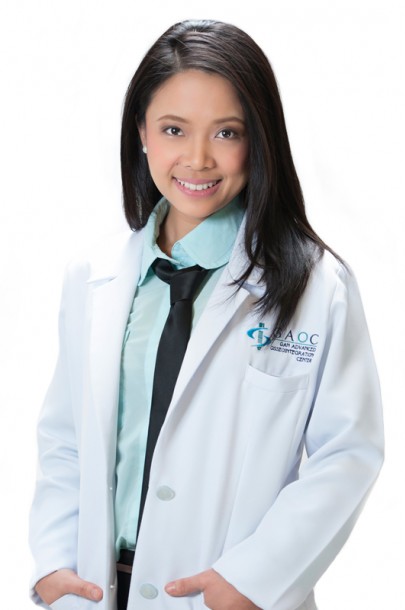 Dr. Shieh has made a mark in her profession as one of the most academically-gifted practitioners of her generation. Upon graduating at the top of her class as Doctor of Dental Medicine in 2008 from the prestigious Centro Escolar University in Manila, where she was named “Outstanding Clinician” and was a consistent Dean's Lister, she placed third in the Philippines' National Dental Board Exam that same year. Determined to specialize in oral surgery, she underwent a two-year intensive Oral Surgery Externship and Internship program at the University of the Philippines' Philippine General Hospital from 2008 to 2010. She pursued specialized training in such key faculties as piezosurgery, basic nosocomial infection control concepts, esthetic dentistry, periodontal instrumentation and surgery and implantdentistry, esthetic crown lengthening and predictable soft tissue grafting, as well as implant prosthetic development and innovation, both here and abroad. Dr. Shieh is the Head Dentist in GAOC's surgical suite in its Greenbelt branch at The Residences since 2011, where is most sought-after by GAOC's VIP clientele, not only because of her expertise but also because of her fluency in Chinese Mandarin and Fukien languages.